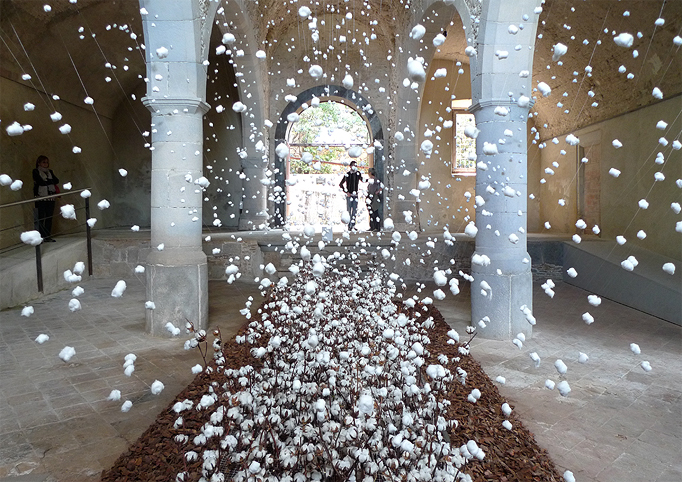 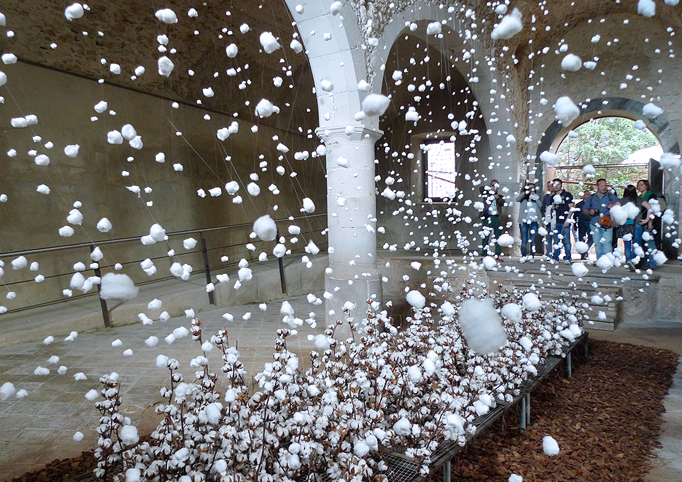 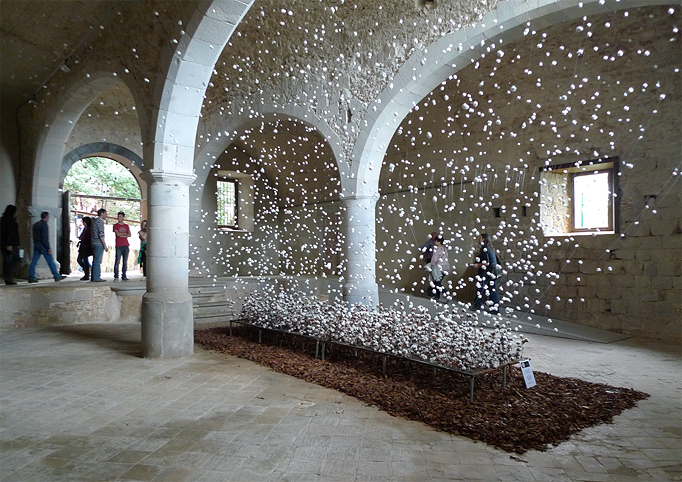 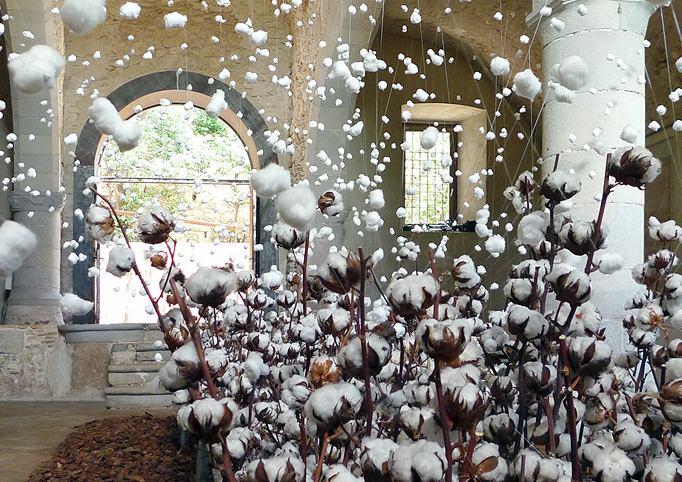 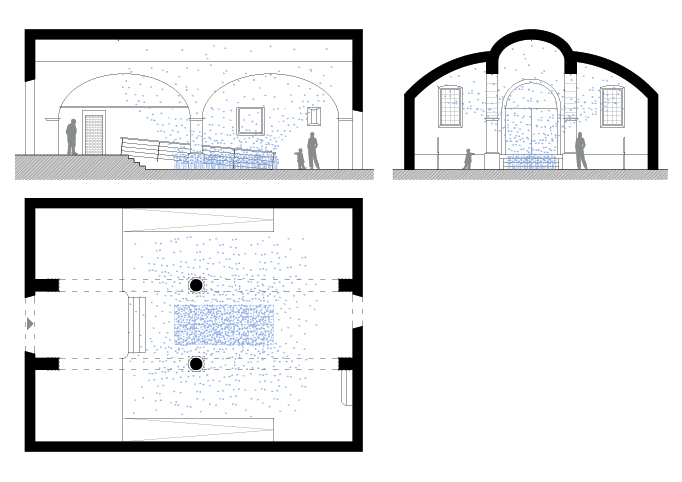 Ephemeral intervention intended to move the viewer through a perceptual experience. The space to be intervened is the Chapel of Santa Llúcia, a temple no longer used that still conserves a singular beauty and elegant architectural proportions. The assembly reproduces the exact moment when a cotton field has been surprised by the wind, forcing it to release many white flakes leaving them suspended in the air. A snapshot in time, static and precise, drawing a dynamic and invasive floral explosion. The careful execution, layout and material choice has allowed to play with physical laws, creating an optical effect that defies gravity. An emotional show, poetic and with a highly perceptual load, capable of awakening the senses of the most skeptical visitors.