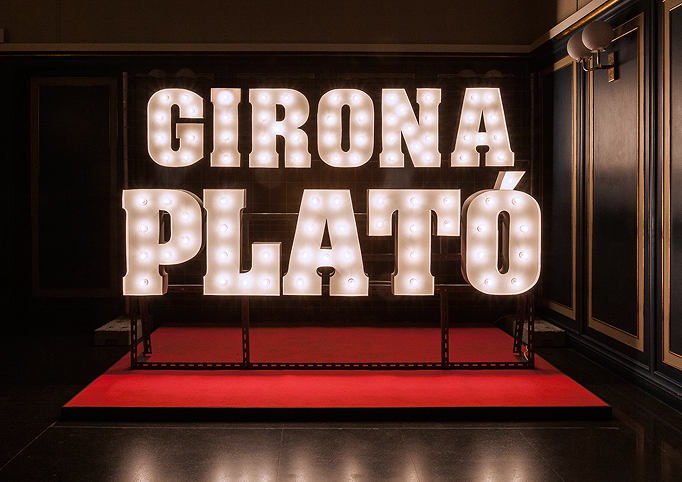 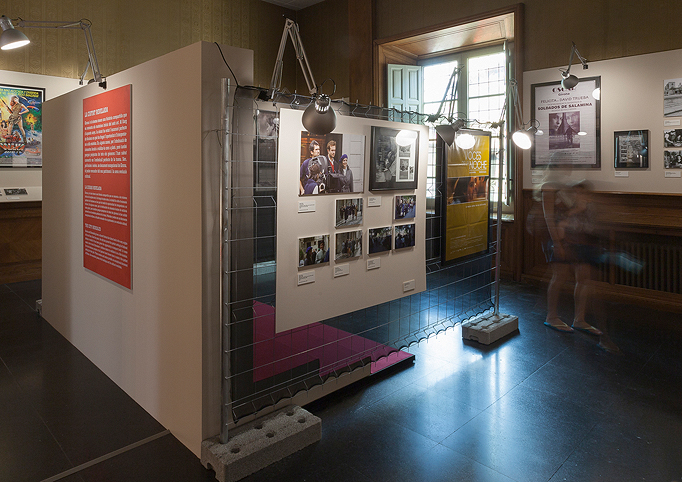 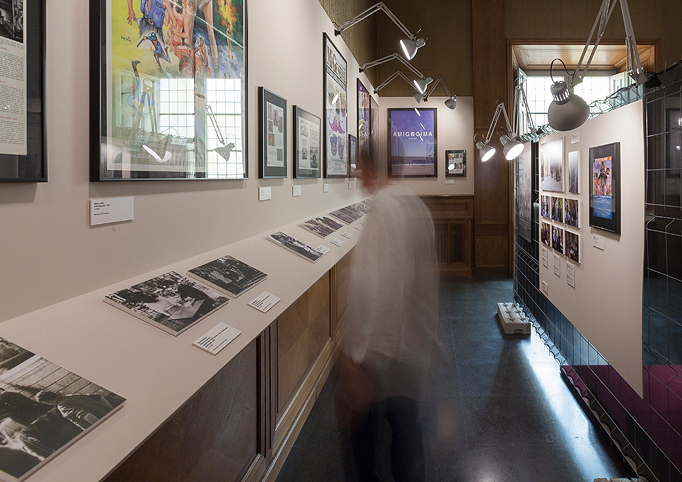 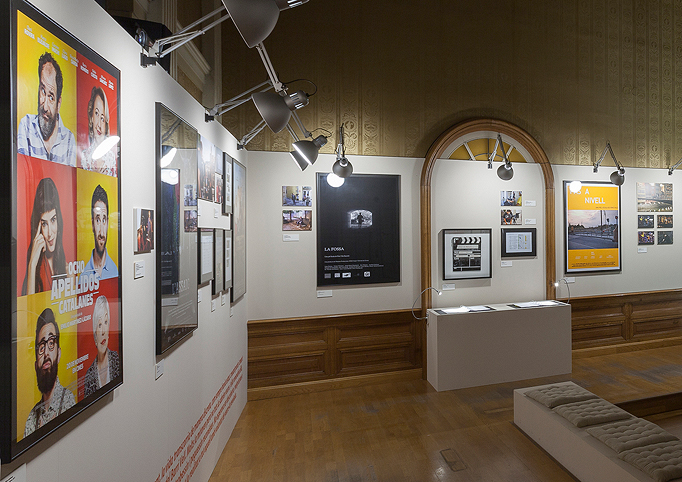 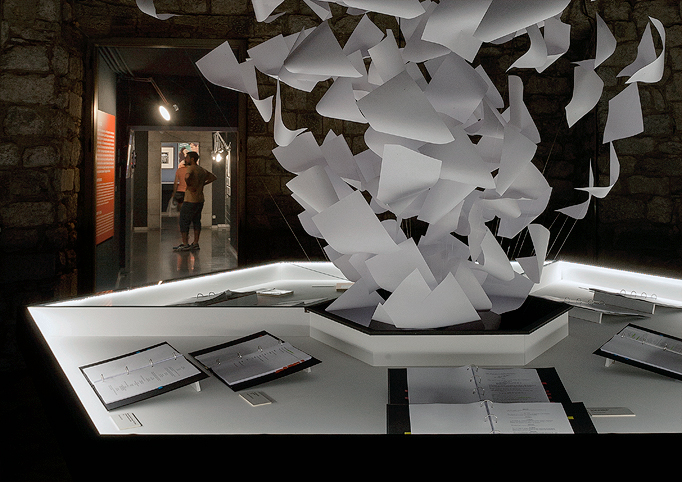 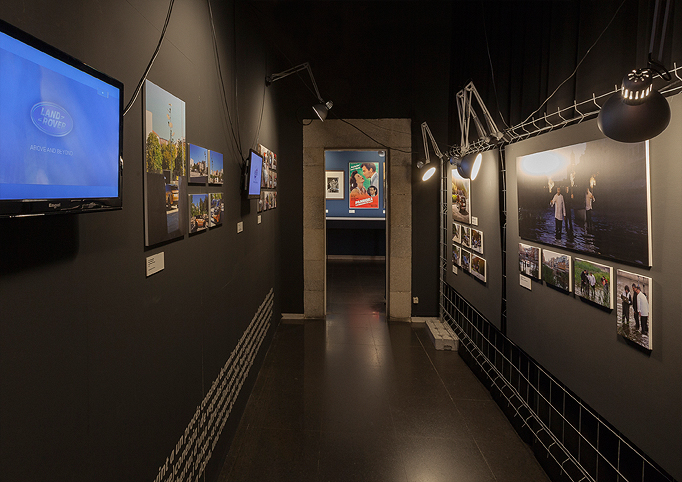 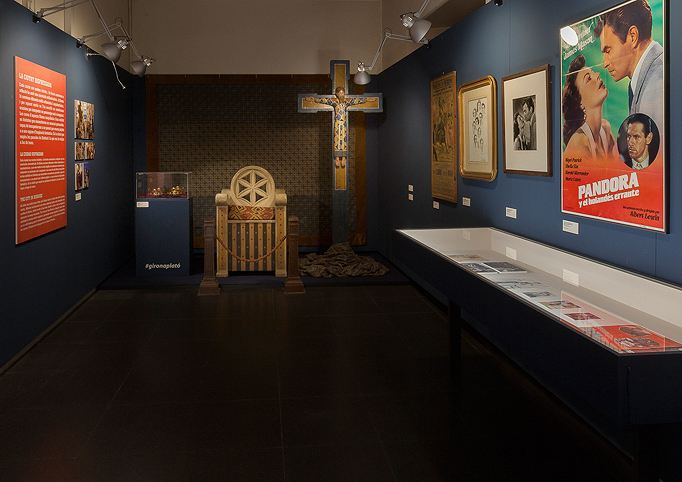 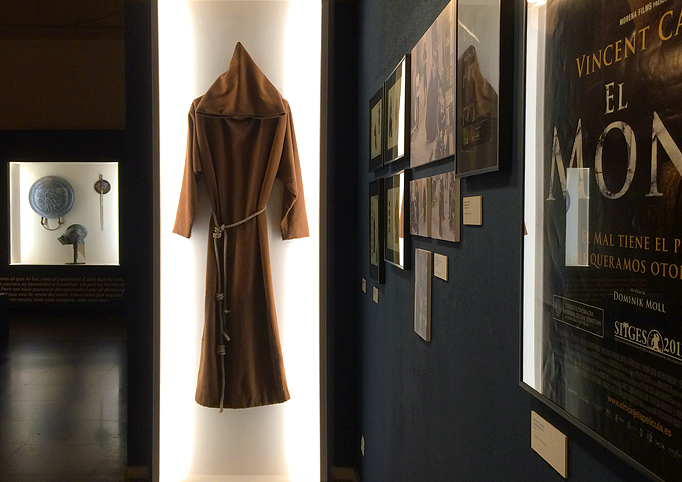 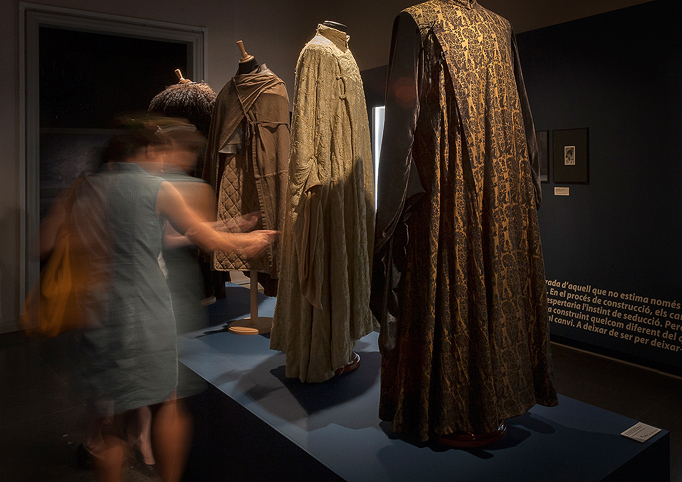 From the very beginning of the film and television Girona has turned many times into a stage of productions of all genres. Filming of the series “Game of Thrones” was the culmination of a journey that has placed the city at the peak of its international projection. In this context, the exhibition Girona Plató wants to be a tour through that Girona we’ve seen on the screen. During the numerous occasions that Girona has been a city as a scenery, the will of secrecy and anonymity by the producers has prevailed, which has led to limiting some public spaces by building temporary fencing and mesh shading, all with the purpose to contain the most curious people and keep them away from filming areas. That is why, through the concept of the museum exhibition Girona Plató, it was intended to allow citizens to cross the fences and get access to the hitherto inaccessible areas. With the idea of “being on the other side of the fence” the exhibition design has been planned, which aims to be a journey from the outside to the inside of the shooting area.